By Unknown
March 13, 2012news
Karl Roy died from “complications due to pneumonia” contrary to earlier reports that the Filipino funk-rock icon succumbed to cardiac arrest before dawn on Tuesday, March 13. 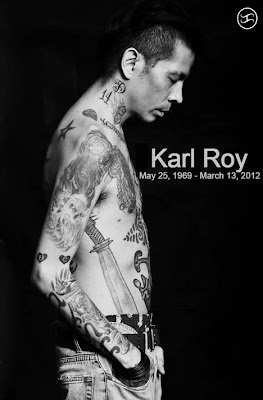 Kevin told reporters that Karl’s remains will be cremated. He added that interment will begin Wednesday, March 14, at the Mount Carmel Church in New Manila, Quezon City.

It was reported earlier that most family members were beside Karl when he passed away.