Best Bank in the Philippines: Will Metrobank retain title in 2012?

By Admin
March 24, 2012BankingbusinessFinancenews
In July 2012, the Euromoney Awards for Excellence will bestow the Best Bank in the Philippines award. Metropolitan Bank & Trust Company (Metrobank) received the award for 2 consecutive years, will it be able to retain the title this year? 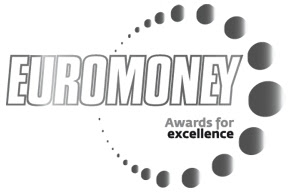 Last year, Metrobank won the award for the second time “because of its progression from being a remarkable turnaround story to a strengthened position as an industry leader.”

The Euromoney Awards for Excellence 2012 is one of the most reputable awards in the finance services industry globally. It incorporates 25 global awards for banking and capital markets, and awards for the best banks and securities houses in almost 100 countries worldwide.

The awards central theme focuses on recognizing institutions and individuals that demonstrate leadership, innovation, and momentum in the markets in which they excel.

This year, it will focus on the banks’ achievements on behalf of their clients in the areas of debt capital markets, equity capital markets, M&A transactions on deals which have closed in the year to March 31, corporate advisory, project finance, and solutions for clients in areas such as foreign exchange and cash management.

“We continue to seek the best of the best in all countries offering banking services. As every year, size is important but certainly not paramount. Profitability is of course vital, but so is an ability to demonstrate growth, relative outperformance compared to peers and the ability to adapt to changing market conditions and/or client needs,” the organization stated.

The prestigious event for participating banks in Asia is expected to happen at The Conrad in Hong Kong on July 12.