By Admin
January 29, 2012feature
Coca-Cola has appointed Caloy as President for Happiness. Coke’s teen president who will spread happiness was revealed on Sunday, January 29. 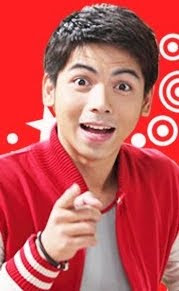 Caloy made a self-introduction on his Facebook fan page, saying:

In 2012, the company celebrates its 100th year in the Philippines. We hope that Caloy, as Coke’s teen president, can truly represent the youth of today.