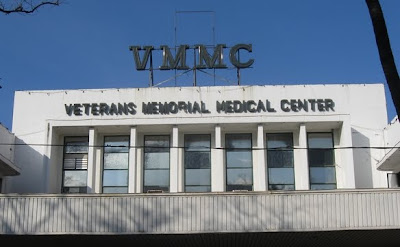 The Pasay RTC chose VMMC stating it has complete facilities. The directive came a week after the court’s order which allowed a hospital arrest for the former president at the St. Luke’s Medical Center lapsed.

According to reports, Judge Mupas in the order said Mrs. Arroyo should be transferred to a government facility as it is hard to justify her stay in a private hospital since she already is under the custody of the law and her health condition has improved as well.

Arroyo is currently facing charges for alleged electoral sabotage during the 2007 elections. It is a non-bailable offense which carries a penalty of life imprisonment.

Her spokesperson, Elena Bautista-Horn, in a television interview said the Arroyo camp will comply with the court order, but she mentioned about filing a motion for reconsideration as a legal remedy.

The VMMC is where another former president, Joseph Estrada, Arroyo’s predecessor, served a hospital arrest before he was transferred to a detention center in Tanay, Rizal, and then in a nearby vacation home, virtually in house arrest, while facing a plunder case after he was unseated by a popular revolt in 2001.