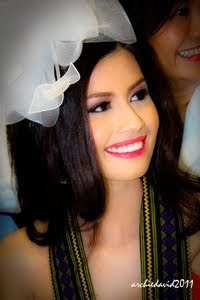 During the event, ABS-CBN bagged twenty awards for its shows and personalities on Channel 2 and Studio 23 which include, among others, “Matanglawin” as Best Educational Program, “The Bottomline With Boy Abunda” as Best Public Affairs Program, “Umagang Kay Ganda” as Best Morning Show, “Showtime” as Best Talent Show, “The Buzz” as Best Showbiz Oriented Talk Show, and “ASAP Rocks” as Best Musical Variety Show.

The complete list of winners is posted on this page.

Shamcey and Piolo’s fans can watch their idols host the 25th PMPC Star Awards for TV as ABS-CBN will air it on “Sunday’s Best” on November 27, 2011.