By Admin
November 04, 2011Charice PempengconewsRicky PempengcovideosYouTube
In this video taken during his last birthday, Ricky Pempengco, the father of international singing sensation Charice who was murdered during the Halloween earlier this week, shows his love for music. 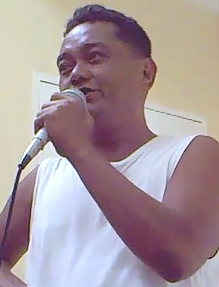 Capili, who surrendered Thursday afternoon, is facing murder charges. During the inquest proceedings on Friday, reports said he appealed for a 7-day preliminary investigation before the case is taken to court.

According to reports, the suspect already admitted to killing Pempengco, but insisted that he did it out of self-defense.

Charice, meanwhile, in an interview said she wants Capili to suffer in jail for the rest of his life. The Filipina singer also vowed to give her father justice.