By Admin
November 01, 2011newsRicky Pempengco
Ricky Pempengco, the father of international singing sensation Charice, was killed in a stabbing incident on the evening of Halloween, October 31, 2011. 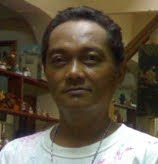 Initial reports said the victim was drinking and left to buy a cigarette, when Capili, approached him and stabbed him with an ice pick, according to ABS-CBN News. He reportedly sustained multiple stab wounds.

It is believed that the incident was caused by a longtime grudge as investigators said both had a fight six years ago.

Meanwhile, Charice's mom Raquel once described Ricky as a “violent husband.” In an interview, Raquel said she left Ricky years ago and pointed out that they have no communication and connection.