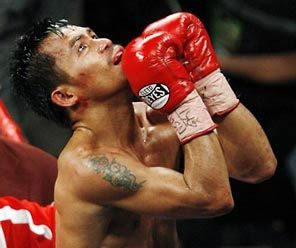 The two blooded fighters survived each other in twelve rounds of boxing, a very close fight so to speak, which was witnessed by thousands in attendance and millions watching from around the world.

The trilogy of two future hall of famers is now complete! Pacquiao, popularly called “The Mexicutioner,” has proven once again that he truly is the best pound-for-pound boxer in the world.

Congratulations to the Philippines’ pride, champion, and hero, Manny Pacquiao!!!