By Coolbuster
November 01, 2011MILFMoro Islamic Liberation FrontnewsPresident Benigno Aquino III
Malacañang on Tuesday reiterated that the Aquino administration would continue to run after all the lawless elements in Mindanao, and warned that those who are coddling them would be held liable. 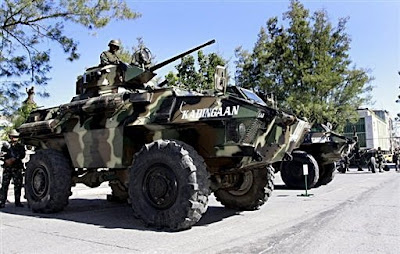 “It is strictly prohibited under the ceasefire agreement to provide safe havens for fugitives,” Valte said.

Asnawi is wanted for the beheading of 14 Marine soldiers in Basilan in 2007.

“There is no other recourse but to defend himself [Asnawi] in court. Kung mayroon po silang depensa, then the proper venue to ventilate that would be the courts,” Valte added.

President Benigno Aquino III ordered the pursuit operations against the lawless elements following the Basilan encounter on October 18 that left at least 19 government soldiers dead and many others wounded.