By Unknown
November 28, 2011EntertainmentKC ConcepcionPiolo Pascualtrending topictwitter
KC Concepcion and Piolo Pascual have called it quits. In her exclusive interview with Boy Abunda on “The Buzz” last Sunday, November 27, the singer-actress confirmed that she and her boyfriend have gone separate ways. 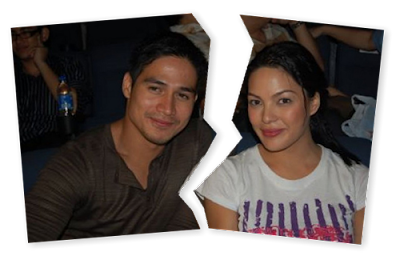 KC admitted that her relationship with Piolo has ended, but refused to reveal the reason why.

KC believes both of them loved each other in spite of predicaments. KC felt she may not be the one Piolo needs in his life, but she declined to comment if there was a third-party involved.

KC’s admission on “The Buzz” immediately sent many netizens to social networking sites Twitter and Facebook. Anything related to the break-up became top trending topics on Twitter nationwide in less than an hour after the interview.

The hashtag #THEBUZZ was on top of the list, placing number 1 most-discussed topic for almost 24 hours as of this posting, followed by ‘KC Concepcion’ at number 4, ‘What A Girl Wants’ at number 8 and ‘KC’s’ at the 9th place.

The former celebrity couple is likewise trending on Yahoo! Philippines. There are no entertainment websites, blogs and online fora that haven’t shared, posted or written a story about them.

Yahoo OMG! Philippines has an article about the break-up full of reader comments that revived the heartthrob’s gender issue. Not only on OMG! but on Twitter as well, speculations about the actor’s sexual orientation resurfaced.

Others say that the issue is so hot that it became the talk of the town, discussed even in markets, schools and workplaces.

Update: Piolo has aired his side on the issue. Read his statement on this page.