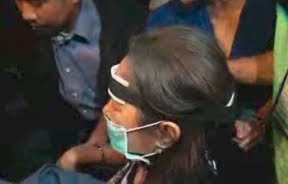 ABS-CBN correspondent Ina Reformina reported on ANC’s Dateline Philippines that at around 11:12 a.m. Thursday, lawyers of the former first couple filed an urgent motion requesting the High Tribunal to issue a cease-and-desist order to De Lima who continues to defy the SC’s Temporary Restraining Order on the Watch List Order she issued against the Arroyos.

According to reports, the Supreme Court is scheduled to hold a special en banc session on Friday to tackle motions from the Arroyo camp and the Solicitor General. No word yet if the newly-filed motion will also be discussed.