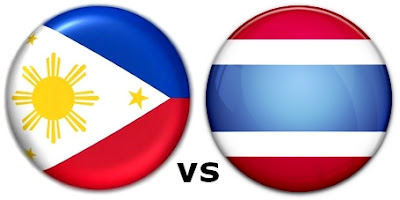 The Thais made all efforts to stay close to the Filipinos in the first quarter, but the Philippine team has done a tremendous job in keeping them away by a huge margin in the second quarter.

Sinag Pilipinas is the only team that gave Thailand their two losses in the SEAG. Their first defeat in the hands of the Filipino players was during their group stage duel last Wednesday, November 16th.

In the gold medal match, Thai gunners have fallen silent and were limited to several points because the Filipinos did well on defense, which redounded to better offense and points conversion.

Sinag Pilipinas’ running game, led by Kiefer Ravena and Bobby Ray Parks, was working like a charm. Parks had a spectacular reverse layup that sent hundred of Filipinos watching the game at the gallery chanting their heart out. The Thais were trailing by as much as 23 points in the 3rd quarter.

Ravena, Monfort and Slaughter led the nationals in launching fastbreaks in the early minutes of the final quarter. Thailand, on the other hand, committed turnovers that put them in a situation they do not like - trying so hard to overcome a 25-point deficit as time was winding down.

The Philippine team has grabbed the gold in the 2011 SEAG men’s basketball.