Floyd Mayweather Jr.’s Camp Denies Megafight With Pacquiao Is In The Works
🔍

Floyd Mayweather Jr.’s Camp Denies Megafight With Pacquiao Is In The Works 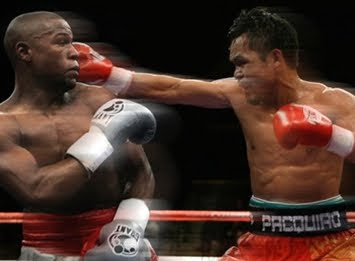 A report from ESPN’s Dan Rafael said Top Rank Promotions is not keen on negotiating with Golden Boy Promotions relative to the possible staging of the most-anticipated megabout between Filipino champ Manny Pacquiao and undefeated American boxer Floyd Mayweather Jr.

Earlier reports said Mayweather’s camp is open for a May 5 match, but it would be impossible as Arum planned to talk with Team Marquez for the fourth match with Pacquiao while the latter also expressed willingness to have a rematch with the Mexican fighter.

If the Pacquiao-Mayweather match happens, sources say both fighters would probably take a whopping $50 million purse each.