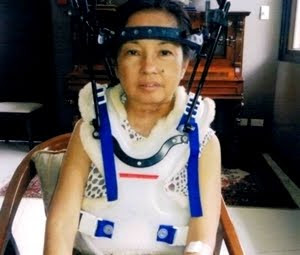 The decision was handed down by Judge Jesus Mupas, who handles the electoral sabotage case against the former president, following the request of Arroyo’s counsel, Atty. Jose Flaminiano, to allow a continued detention of Mrs. Arroyo given her frail health condition.

Flaminiano likewise cited the directive of President Aquino to accord the accused utmost respect being a former head of state.

He also mentioned Justice Secretary Leila de Lima’s position that she would not interpose objection to any request for a hospital or house arrest for Arroyo.

According to several sources, the Arroyo camp is preparing to formalize a motion seeking house arrest for the former chief executive, which, Flamininao reportedly said, will be filed in the following days.