Anne Curtis Airs Side On Her Controversial USTv Awards ‘No-Show’

By Admin
November 12, 2011Anne CurtisEntertainmentUSTv Awards
Anne Curtis posted messages on a social networking site explaining what really transpired on the night she was allegedly barred by a GMA-7 staff from performing in the USTv Awards kick-off party held at the University of Santo Tomas campus last November 10.

Read some articles & whoever the source was, got some details wrong. So I'd like to explain. 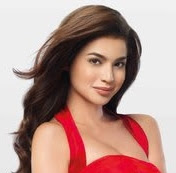 Firstly, if you read my twitter timeline I didn’t arrive late at 8pm. I was asked by UST people to be there between 7-7:30 and they had told my Road Manager as soon as I get there it would be my turn.

If you want an exact time I was there at 7:10 according to driver. O diba? Join din ang driver ko sa drama. Haha. No, but seriously, they told me naman since TV5 people were performing already they opted to put me after TV5 artists & before the GMA artists. So I waited in the the standby room and waited for them to call me.

Secondly, what I meant when I said nauna ako sa GMA Artists dun was that the USTv staff called me to go on stage coz it was my turn.

When I got backstage pababa na ung Artists of TV5 and I didn’t see anyone from GMA except the lady representing GMA. She was the one I saw complaining to the USTv staff. So to avoid it being a mess I told her that I won’t sing na lang, babati na lang ako ng Hi and Hello. 2 minutes lang. She DID NOT explain anything to me.

I didn’t even quite get what she tried to say coz she said this while turning around me. So ang hirap intindihan kung d ka din sinabihan ng maayos diba? But to clear it NO ONE from the GMA staff explained anything to me as it was said in the article.

Lastly, I went to UST in good faith coz I was invited not to represent abs or be part of any network war but to go and perform for the Thomasians bilang it was through them I got my Best Actress award for Dyosa a couple of years back. It was a way of saying thank you to them. Hindi para makipagagawan ng stage time or to compete with anyone.

The only reason why I tweeted last night was because pinalabas na ako ng USTv staff to perform so nakita na ako, mas nakakagulat if bigla naman ako nawala. It’s only proper I explain to them what the reason was why I left. I owe that to the Thomasians who tweeted & were waiting for me.

To clear it, I’m not dissing the network or the artists of GMA. As I said in my tweet don’t get mad at the GMA staff they probably had their own reasons. But if I was called by the staff of USTv and was already at the side of stage waiting to be called maybe they could’ve taken that into consideration also.”

The internet on Thursday went abuzz after Anne tweeted to clarify why she was a no-show at the event.

“Thomasians, I’m sorry I had to leave na. I tried to at least get up on stage and say hi kahit 2 minutes lang but GMA staff didn’t want,” she tweeted, and then after a while added, “Thomasians, I was there on the left side of the stage & told them kahit d na ako kumanta babati Lang ng Hi and Hello but GMA Staff said no.”

The multi-talented actress was supposed to sing her own rendition of Adelle’s “Someone Like You” that evening.