By Spicy Sugar
October 04, 2011EntertainmentGrowing Uppinoy big brotherYen Santos
Pinoy Big Brother ex-housemate Yen Santos is open to doing sexy roles. The rising star personally admitted it during an interview with ABS-CBN News after an issue that she is ‘the next Christine Reyes’ surfaced early last month. 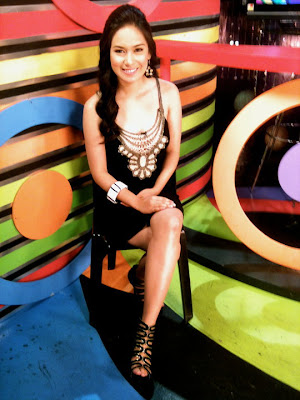 If plans materialize, Yen reportedly said she will do a workout to prepare herself physically.

Yen, who portrays the character of Cassie Soriano in the teen-oriented series “Growing Up,” added that her family supports the idea.

“Medyo narinig na din po nila yon at masaya sila para sa akin, trabaho lang naman po,” she uttered, but pointed out that the extent to which she is doing sexy roles has a limitation.