By Admin
October 12, 2011Bagyong RamonPAGASAStorm WatchTropical Storm Ramon
Note: This is an older post. For the latest updates, please access this page.

Bagyong “Ramon” has maintained its strength and course and is expected to make landfall over Southern Leyte this morning, the Philippine Atmospheric and Geophysical and Astronomical Services Administration (PAGASA) announced on Wednesday, October 12, 2011. 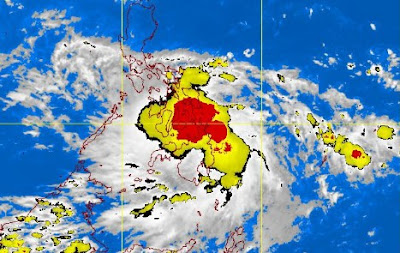 As of 5:00 a.m. today, the state weather bureau said TS “Ramon” was spotted at 80 kilometers (km) East Northeast of Surigao City with maximum sustained winds of 65 kilometers per hour (kph) near the center and gustiness of up to 80 kph. It is moving Northwest at 17 kph.

Estimated rainfall amount is from 10 - 30 millimeters per hour (moderate to heavy) within the 400 km diameter of the Tropical Storm, the bureau added.