Ruffa Gutierrez Warns Shaina Not To Lie, Test Her Patience 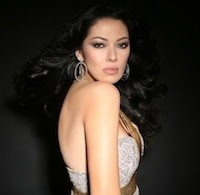 Although she did not name who her tweet's recipient was, netizens suspect that Ruffa was referring to Shaina, who sent a “Leave us alone!” text message much earlier.

Shaina and John Lloyd, Ruffa's ex-boyfriend, both admitted on national television that their relationship is presently off track. But John Lloyd in an interview cleared Ruffa's name saying she, or any third-party, is not involved.

Without specifying a name, Ruffa responded on Twitter: “I read your interviews. Thank you for clearing my name. :)”

Many believed that Ruffa wants to put the issue to rest because of what was stated in her latest tweet.

“To clear the issue: I never started any texting conversation. I challenge anyone to prove otherwise. That chapter in my life has long been over. I'm very happy with my life and my girls now. I sincerely wish both of them well,” she tweeted.

The actress is known to many as a strong individual and a woman who's straightforward.