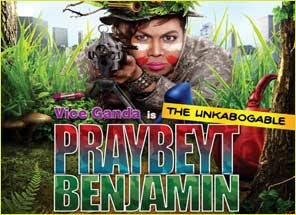 In an interview with TV host Boy Abunda on ‘Bandila,’ Vice Ganda expressed his gratitude to those who watched his movie.

The comedian was happy to break the news that ‘Unkabogable Praybeyt Benjamin’ is being shown in more theaters across the country.

It garnered the title as the current highest-grossing Filipino film.