All the 12 acts had awesome, jaw-dropping performances. They showed what Filipino talent truly is, but only one must be chosen and declared as grand winner. 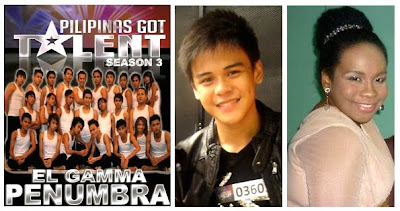 All three have the mass appeal, they posses the “X-factor” and more importantly, they are marketable - El Penumbra for out-of-town and global shows to boost the Philippine tourism campaign, Khalil for teenage shows like “Growing Up” and “ASAP Rocks,” and Muriel for “Maalaala Mo Kaya” and some teenage drama series as well as “ASAP Rocks.”

The rest? They will surely have careers of their own. As for our early favorite Bringas Brothers Kurt and Jefferson, “MMK” should air their inspiring life story. It will be a big television hit.