By Admin
October 24, 2011EntertainmentPGT Season 3Pilipinas Got Talent
Pilipinas Got Talent Season 3 champion Maasinhon Trio asked God for a sign. When their name was called as among the top 3, the Visayan trio knew they would win the biggest talent search on Philippine TV. 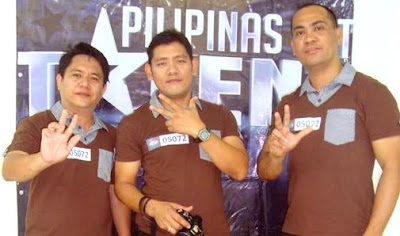 In an interview aired on ANC on Monday, one of the members of the singing group revealed that he prayed hard before the announcement of the top 3 contenders. He asked God for a sign that if they enter the top 3, they will surely be proclaimed winner.

Aside from Divine Providence, what made them win?

Maasinhon Trio knew that their home turf, Maasin City and the entire Southern Leyte, was backing them in full force.

In fact, the support shown through text and online voting was so overwhelming it made Maasinhon Trio one of only two highest vote getters who garnered more than fifty percent of text votes. All other semi-finalists, except PGT singing heartthrob Khalil Joseph Ramos, were not able to get more than 38%.

All of them have talent and were winners one way or another. But while the clamor for Khalil, Bringas Brothers and specially EGP to win was loud, Maasinhon Trio relied on a ‘silent but powerful army’ and faith to win.