It was also announced that nominations will be accepted until 3PM of October 19, 2011. 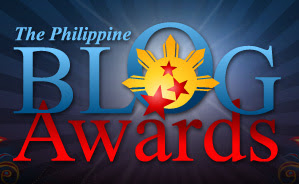 The Philippine Blog Awards is “a yearly event that aims to give recognition to outstandings blogs in but not limited to the Filipino Blogging Community.”

Awarding ceremonies are expected to happen in Makati on December 3, 2011 for Luzon, November 12, 2011 for Visayas, and November 5, 2011 in General Santos City for Mindanao.