By Unknown
October 07, 2011Azkalsfootballreplay videosportsvideo replay
Philippines was no match to the less experienced but younger Singaporean team as the latter beat the nationals in the international football friendly that took place at the Jalan Besar Stadium in Singapore on Friday, October 7, 2011. 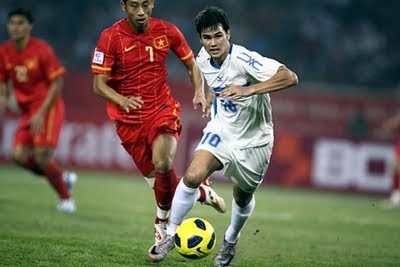 The Filipinos did their best but the Singaporeans played better defense and were more aggresive on offense particularly in the second half.

Luck was also on Singapore's side as the first goal that came off a bounce went in. Second point for Singapore was courtesy of 41-year-old Lion striker Aleksandar Duric who showed speed and ran like he was 20 years younger before making the goal.

The game will be replayed on Saturday, October 8 at 8:00 a.m. on BALLS SkyCable Channel 34.