The group had a shadow theater performance based on the “Piliin Ang Pilipinas” (Choose Philippines) tourism campaign. 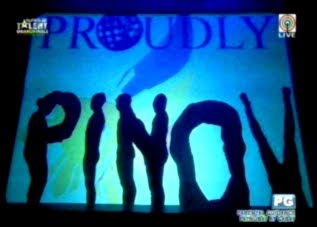 EGP's presentation, which PGT celebrity judge Kris Aquino called “timely,” was different from the rest. The best part of which was when they showed an image that represented peace between Muslims and Christians.

There's already plenty of singers around. The first two PGT seasons produced Jovit Baldivino and Marcelito Pomoy. For the current season there's Renagine Pepito, Bringas Brothers, Muriel Lomadilla and Khalil Joseph Ramos, all of whom, we believe, deserve to be part of ASAP Rocks; they already have a career ahead.

For a change, do you think it's about time to have El Gamma Penumbra as the Pilipinas Got Talent Season 3 grand champion?