By Unknown
October 29, 2011EntertainmentPBB Unlimitedpinoy big brother
Pinoy Big Brother Unlimited has gone ‘masa’ to the surprise of the fourteen housemates, the television viewers as well as netizens around the globe!

Many were shocked to find out that the new PBB house isn't what everyone expected it to be. Instead of a fully-furnished abode, the set this season looks like a slum area.

Pinoy Big Brother explained that the new PBB house is a clear picture, a realistic representation of the true and current socio-economic status and living condition of around fifteen million Filipinos across the country.

The new set is the first of the many significant things in store for the new occupants. It is interesting to know how the PBB Unlimited housemates, who are mostly half-breed and well-off, react now that they are going to experience what it's like to live a simple life, marked by poverty, in a place that lacks sufficient water, food, clothing and sanitation.

Can the housemates (except for some) relate to and understand the situation of the poor and underprivileged when their life in the outside world is far different from what they have inside the PBB House? 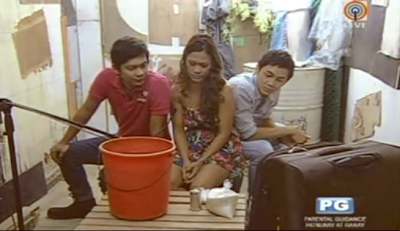 During the season premiere on Saturday, October 29, the new housemates were asked to choose between unli food, unli water and unli clothes as their first task. Their choice will be known soon (update: they chose food).

With limited resources, will the PBB Unlimited housemates be able to cope with circumstances and survive the unlimited surprises and challenges that await them?

There's only one way to find out and that is to follow the PBB Unlimited updates. Do you think this season will be awesome?