“Republic Act No. 9849 provides that Eidul Adha shall be celebrated as a regular holiday,” Proclamation No. 276, which was signed by Executive Secretary Paquito Ochoa Jr. last Thursday, provides. 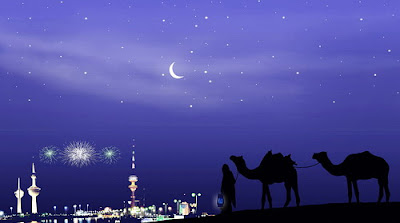 “The date of the festival based on the declaration made by Saudi Arabia’s highest religious body is on 6 November 2011,” Malacañang in the proclamation said.

According to the Palace, the National Commission on Muslim Filipinos (NCMF) recommended that the observance of Eidul Adha be on November 7, 2011 and the Eidul Adha prayer held on November 6, 2011.

Eidul Adha or the Feast of Sacrifice is an important religious holiday celebrated by Muslims worldwide to commemorate the willingness of Ibrahim to sacrifice his son Isma'il as an act of obedience to God.

Celebrations start after the Hajj, the annual pilgrimage to Mecca in Saudi Arabia by Muslims worldwide. The date is approximately 70 days (2 months and 10 days) after Eid'l Fitr, the end of the month of Ramadan.

Eidul Adha is the 12th regular holiday in the country.