No Other Woman Earns Title As Highest Grossing Filipino Movie

By Spicy Sugar
October 18, 2011Box Office MovieEntertainmentNo Other Woman
Just as we thought, “No Other Woman,” the romantic drama film starring Anne Curtis, Cristine Reyes and Derek Ramsay, is a box-office hit. Earning P250 Million in ticket sales as of October 16, the movie earned the title as the current highest-grossing Filipino movie. 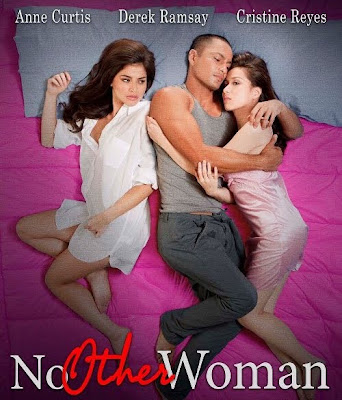 According to Box Office Mojo, “No Other Woman” ranks third in the list of highest grossing movies in the Philippines in 2011, next to Hollywood blockbusters “Transformers: Dark of Moon” that earned P415.74 Million, and “Harry Potter and the Deathly Hallows Part 2” that raked P295.96 Million.

The film is “a tale of a man's journey towards building a career and a family that he can competently provide for, but along the way, his ambition and reputation are tarnished by a single adulterous act.”

“No Other Woman” got a Grade “A” from the Cinema Evaluation Board (CEB), the film evaluating body of the Film Development Council of the Philippines which is tasked to review and grade the quality of films that are submitted to the Council before being released for public viewing.

For this, “No Other Woman” qualified for 100 percent of the amusement tax collected. Adding to that, reports said the lead cast received P1 Million each as bonus.

The following is the complete list of the top 10 highest grossing movies in the Philippines in 2011 (MMFF movies are excluded), according to Box Office Mojo: