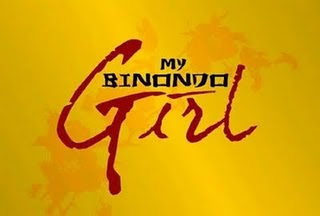 Some fans reportedly raised eyebrows and had the question “Why add Maja when the show is doing just fine without her?” in mind.

The Primetime Princess had already explained in a PEP interview that Maja's inclusion is intended to give the show “additional flavor.”

The sudden entry of Maja's character “Amber Dionisio,” the newest lady employee of ChenJean, for us, is a clear proof of how flexible ABS-CBN's writers pool is.

It isn't new though. The Kapamilya network has already tried and tested the formula of adding new characters in the middle of the series since the top-rated miracle-fantasy show “May Bukas Pa.”

If you have noticed, ABS-CBN is also doing it on the country's leading fantasy children's television series “100 Days To Heaven” where, every other week, new characters are introduced and become part of the lead character Anna Manalastas' mission on Earth.

Wonder how it is to be one of ABS-CBN's writers pool like “My Binondo Girl” writers Noreen Capili, Dang Sulit and Honey Hidalgo. It must be both exciting and challenging.