Korina Sanchez Denies She Is Pregnant

By Spicy Sugar
October 18, 2011EntertainmentKorina PregnantKorina Sanchez
Korina Sanchez denied reports that she is pregnant. Speaking on “The Buzz,” the veteran broadcast journalist said it was just a false alarm, but admitted that she and husband DOTC secretary Mar Roxas are consulting their doctors about it. 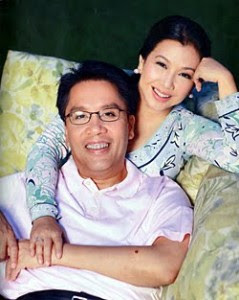 Sanchez, a well-known television host, said the rumor started when Senator Ping Lacson interjected a joke question to his husband during the latter's confirmation as Secretary of the Department of Transportation and Communication last October 12.

It was the lone question Roxas was asked to answer. He was about to reply when Lacson interrupted him to allow the Commission on Appointments to proceed with the approval of the motion for his confirmation.

Sanchez also said she was told that the issue has spread in social networking sites.