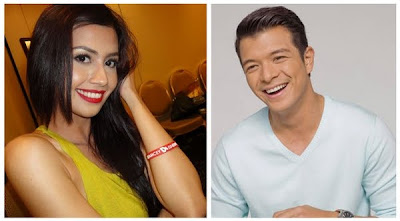 The show's host, Vice Ganda, called Jericho on stage to Shamcey's surprise. The versatile actor brought the beauty titlist some flowers. Shamcey appeared to have blushed and could not look straight at Echo's eyes.

Because of what happened on GGV, Jericho became one of the most-discussed topics on Twitter nationwide over the weekend, along with another GGV guest, veteran actor-comedian Jimmy Santos who sang an Air Supply hit entitled “Come What May.”

Netizens tweeted that the Shamcey-Jericho tandem has a ‘kilig’ factor.