iPhone 5: Next In Line After iPhone 4S?

By Unknown
October 05, 2011Apple iPhoneiPhone 4SiPhone 5tech news
Those who expected that the iPhone 5 would see the light at the Apple event on Tuesday were ‘disappointed.’ The launch didn't happen and instead, it's the iPhone 4S that was announced. 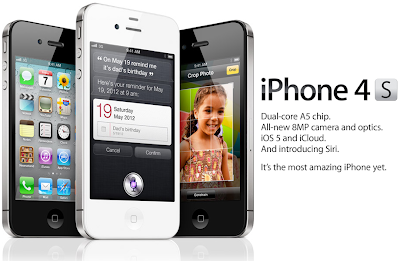 But what's there to lament? The iPhone 4S is a great phone — it has iOS5 and iCloud; it's powered by an A5 processor which is faster than than the previous version; it now has a better camera at 8 megapixels; it also has the ability to sync content wirelessly; it is a “world phone;” it's the first iPhone that has a 64GB version; and most of all, it includes a futuristic personal assistant called “Siri” that can understand voice commands and interact with the user, something that we only see in science fiction movies but is now a reality [more specs and features here].

We find it pointless to complain about the iPhone 5's no-show when we know it is next in line. The pattern goes iPhone 3...iPhone 3G...iPhone 3GS...iPhone 4....iPhone4S. The next generation iPhone will surely be the iPhone 5.

We've heard that it will take about four to five months before the iPhone 5 is launched. When that time comes, rumors that the iPhone 5 will come with a larger screen, thinner casing and edge-to-edge glass, among others, may become a reality.