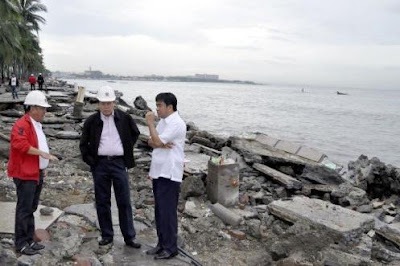 The fake DPWH photo was already deleted from the DPWH central office's Facebook page [link], but copies of it spread on the web like wildfire. Since then, similar pictures with the same subject sprouted like mushrooms.

Facebook users uploaded photoshopped pictures of the three officials in different situations which include, among others, the recent Miss Universe pageant, the Last Supper, a Pavarotti concert, the capture of “Lolong” the giant crocodile in Agusan del Sur, and the Mayweather versus Ortiz boxing match. 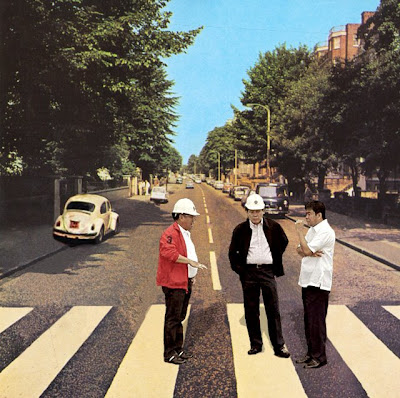 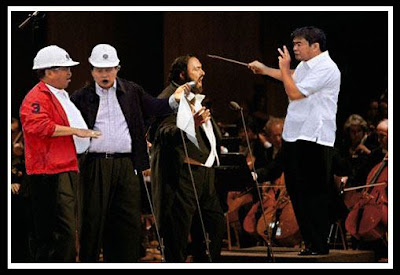 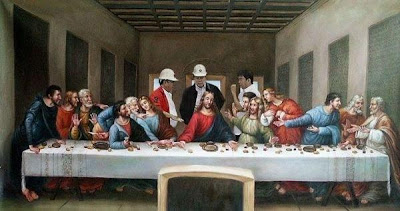 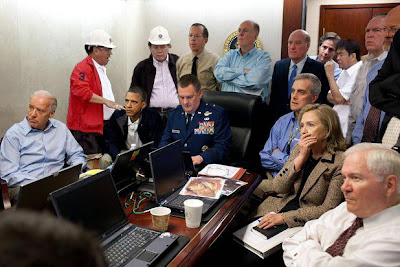 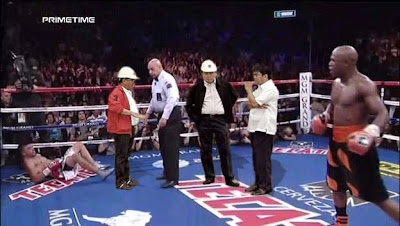 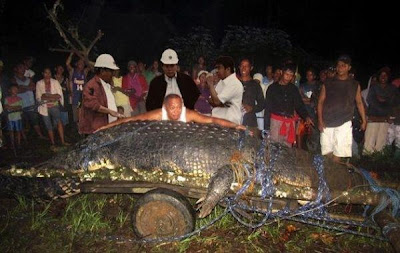 Someone even created a new Facebook page with the title “DPWH - Department of Photoshopped Works and Hacks.” Others attached a “Pogi Points” tag to the controversial Photoshopped picture.

According to GMA News, DPWH secretary Rogelio Singson has defended the three officials who appeared on the fake photo. “It’s the fault of the photographer and not the officials,” Singson reportedly said, adding that “the officials had nothing to do with the fake photo.”

Singson reportedly said the photographer, whom he did not identify, had admitted to the irregularity. “I have castigated the person and he is bound to be sanctioned,” Singson said, according to GMA News.