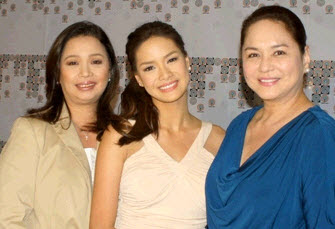 Her leading man, Mario, who personally admitted that he’s very excited to meet Erich, has signed a one-movie contract with the film production arm of ABS-CBN.

The “Maria la del Barrio” star, on the other hand, has renewed her contract with the Kapamilya network recently.

Erich and Mario, reports said, will be in Thailand once the shoot commences. Most of the scenes, the Thai superstar revealed during a press conference, will be shot in his country and the rest will be taken in the Philippines.

“Suddenly It’s Magic” is Erich and Mario's first project together. Fans forecast that it will be a blockbuster hit in both countries.