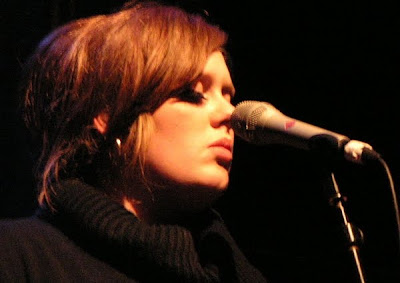 Columbia Records announced last Friday that the “Rolling in the Deep” singer “has been forced to cancel her remaining live dates and promotional appearances in 2011.”

Adele, the statement said, will undergo surgery “to alleviate the current issues with her throat and a full recovery is expected.”

It added that “doctors have ordered her to rest her voice and completely recuperate before looking to schedule any work commitments.”

In her blog post earlier this month, Adele admitted that she is “heartbroken” and “worried” to tell her fans that she experience problems with her voice.

The Grammy winner revealed that she first started having trouble with her voice back in January when she was diagnosed with laryngitis. Reports said she also had a hemorrhage in her vocal chord.

Adele, who apologized to her supporters for she knew that cancellation of her tours “is not only disappointing because of the show, but its plane tickets, hotel bookings, birthdays, anniversaries and time wasted,” said her recovery plans include starting up vocal rehab and eventually build “over all stamina in my voice, body and mind.”

She promised “to be back” and when that time comes, she said: “im gonna smash the ball out the park once im touring again.”