Vice Ganda has a special 'pasalubong' for actor

By Spicy Sugar
September 11, 2011EntertainmentKean Ciprianoshow businesssocial networkingtwitterVice Ganda
Coming off a very successful U.S. concert, television host and comedian Vice Ganda said in his Twitter account that he will give actor Kean Cipriano a 'pasalubong' (present) upon arriving home. 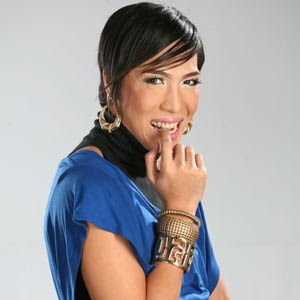 It appears though that Vice is just trying to conciliate with Kean. The GGV host tweeted:

The comedian, who was named “Most Likable” social media personality during the first-ever Globe Tatt Awards, also broke the news via Twitter that his flight was delayed. The tweet read:

Meanwhile, reports from the U.S. said Vice Ganda's concert in San Francisco, California with comedienne K Brosas and hunk actor Jon Avila was well-supported by Filipinos there and became a huge success.

Tickets to the show dubbed “Comedy Knockout,” held at Cache Creek casino resort on September 3, were sold out, an ABS-CBN report said.