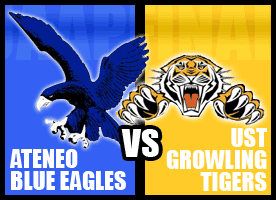 But super rookie Kiefer Ravena led his team to victory as the Blue Eagles showcased maturity in the final minutes and prevented the Growling Tigers to extend the series.

Ateneo, who's gunning for their fourth championship title, will face the winner of the match between number 2 seed Adamson University (AdU) Soaring Falcons and number 3 seed Far Eastern University (FEU) Tamaraws in the UAAP Season 74 Finals.

If AdU wins today's match, they will also go straight to the Finals.