Tropical Storm Pedring intensifies into typhoon, some Luzon areas placed under Signal No. 3 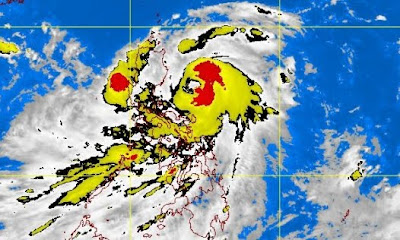 Weather experts said that as of 11:00 p.m., Typhoon “Pedring” was spotted at 170 km East Southeast of Casiguran, Aurora with maximum sustained winds of 140 kilometers per hour (kph) near the center and gustiness of up to 170 kph. It is forecast to move West Northwest at 19 kph, PAGASA said.

The areas having Public Storm Warning Signal are as follows:

PAGASA said the estimated rainfall amount is from 15 to 25 millimeters per hour within the 650 km-diameter of the typhoon.

Typhoon Pedring is expected to enhance the Southwest Monsoon and will bring scattered to widespread rains over Southern Luzon and Visayas, the weather bureau added.