By Admin
September 24, 2011basketballFIBA 2011 Semi FinalsPhilippines vs JordanSmart Gilassports
Smart Gilas Pilipinas lost to Jordan 61-75 in the Semi-finals round of the 2011 FIBA Asia men's basketball championship on Saturday, September 24, 2011. The Philippine team tried all their best but Jordan was more determined to win. 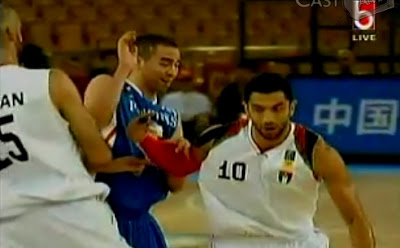 The Filipino cagers were behind by 14 under two minutes in the last quarter as the Jordanian players and coaching staff at the sideline were already celebrating their victory even before the game ended.

Jordan will meet in the FIBA Asia 2011 Finals the winner of the semi-finals match between Korea and China later at 8:00 pm. Philippines will play against the loser in that match for third place.