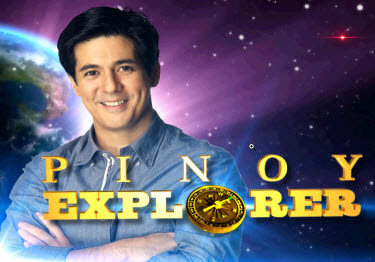 The premiere of Pinoy Explorer, billed as the biggest edutainment program to ever air on Philippine TV, made Sunday primetime even more entertaining and informative for viewers of all ages, with Aga Muhlach taking everyone to the world-renowned Wyoming Dinosaur Center in the US. The show revealed the world of dinosaurs through 3D clips from the “Clash of the Titans” series and BBC’s “Walking with Dinosaurs.”

Meanwhile, Who Wants to Be a Millionaire? was the most-watched program across the day (2am to 2am) with 11.1-percent AMR (33.6-percent audience share). The September 18 episode of the world’s most famous game show made history after 28-year-old Karl Jonathan Aguilar won P2 million, the first non-celebrity to win the jackpot. Often teased since childhood because of his cleft palate, Karl buried himself in studying and reading books while growing up. This absorption of knowledge paid off as he played his game with pure smoothness, delighting host Bossing Vic Sotto to no end.

TV5’s telecast of the much-awaited Star Power: Mayweather vs. Ortiz boxing bout was also the most-watched daytime offering last Sunday, both in Mega Manila and Nationwide Urban Philippines. According to Nielsen’s NUTAM data, the Floyd Mayweather vs Victor Ortiz fight posted a 10.5-percent AMR, outpunching the 5-percent AMR of ABS-CBN’s ASAP Rocks and the 4.6-percent AMR of GMA’s Party Pilipinas.