Our past experiences with it include staying up late even until the wee hours of the day, almost every day, just to monitor what was happening inside the PBB House. 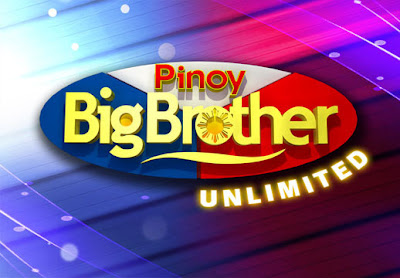 One co-blogger even reached a point where he auditioned for PBB himself only to experience what it's like.

During those times, we also modified our blog's design to accomodate a chatbox that catered to followers who watched the show's live video feed through online streaming.

Now, we're excited to share the information that the show is coming back next month.

The latest we've heard is that the list of aspiring housemates for PBB Unlimited—all of whom have unique and “interesting” personalities and life stories—have been “trimmed down” and renovation of the PBB House is ongoing.

The Kapamilya network has not announced the exact date yet, but if we are to believe talks that the show will occupy the timeslot which Pilipinas Got Talent will vacate after the Season 3 grand finals, then PBB Unlimited will commence in the last weekend of October, most probably on the 29th or 30th.

We foresee PBB Season 4 Unlimited as something that will surpass all the success of past editions. We have a strong feeling that the excitement and thrill will double, housemates' tasks will get even more challenging, and the coverage will be much wider as the use of social media is expected to be maximized.

The show's director, Lauren Dyogi, revealed in one of his tweets earlier this week that “there is a major surprise in PBB Unlimited.”

With that hint, it is safe to say that PBB Season 4 will surely be full of surprises, “unlimited surprises.” Rest assured that when these are unveiled, we'll be here to blog about it.