By Admin
September 08, 2011EntertainmentfilmMart EscuderoMartin Escuderomoviemovie reviewshow businessStar CinemaZombadings
Martin Escudero, better known by his screen name Mart Escudero, has gotten more popular as his first gay role in “Zombadings 1: Patayin sa Shokot si Remington,” which has gone mainstream from being an independent film, was noticed and appreciated by moviegoers. 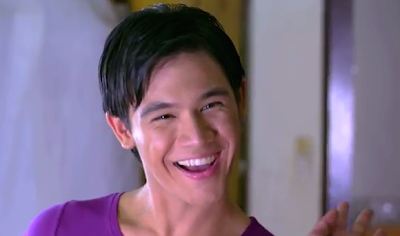 The movie did well in Metro Manila, so much a big hit that 12 theaters were added over the weekend for a total of 69 screening it accross the country, reports said.

Zombadings and Mart also became trending topics nationwide on Twitter and in Yahoo! Philippines this week.

“Zombadings 1: Patayin sa Shokot si Remington” is produced by Origin8media and is now being distributed for a commercial run by Star Cinema, nearly 2 months after it premiered at the 2011 Cinemalaya Independent Film Festival and Competition.

“Zombadings” follows the story of a young man named Remington (Mart Escudero), who, as a boy, loved to taunt the gay people of their town. A grieving gay (Roderick Paulate) that he encountered in a cemetery took offense at his action and cursed him to turn queer when he grows older.

The story picks up 15 years later with a serial killer terrorizing the town. Oddly, the unknown killer targets gay people only. Meanwhile, a masked Kapre-like dude in raunchy leather-and-chains ensemble attacks Remington one night while he is taking a bath at the outskirts of what appears like a forest. Although straight, Remington, for some reason, believes that he has just been attacked by the “gay killer.”

The story progresses with the disturbing attacks continuing. Remington, meanwhile, experiences changes from inside out. That is, he suddenly develops a liking for baby tees, half-naked guys and a strong attraction for his best friend Jigs (Kerbie Zamora) despite being fond of Hannah (Lauren Young). Remington is convinced that the curse placed on him many years ago is already beginning to take effect.

And turn gay he did.

In a press interview, Mart revealed that he couldn't believe the success of his first movie and the rave reviews his acting in it is getting from film critics and moviegoers alike.

“I was shocked but very happy. I didn’t expect that. At first, I was scared because I didn’t know how the viewers would react to it,” the actor reportedly said.

He revealed that he viewed DVDs of various gay films just to prepare for the movie.

“I watched a lot of old Roderick Paulate comedies like ‘Bala at Lipstick.’ I studied Dennis Trillo’s acting in ‘Aishte Masu: 1941’ and Patrick Swayze and Wesley Snipes in ‘To Wong Foo, Thanks for Everything, Julie Newmar’,” he added.

Mart Escudero, a nephew of Senator Francis Escudero, is a former talent of GMA 7. He was launched as a TV5 talent this year via the primetime drama series “Babaeng Hampaslupa.”

With the success of Zombadings, it is possible that ABS-CBN will offer Mart the opportunity to become a Kapamilya. What do you think?