By Spicy Sugar
September 23, 2011Beauty and FashionLeila LopesMiss Universe 2011 controversynews
Just two weeks after she was crowned Miss Universe 2011, Miss Angola Leila Lopes is facing allegations that she is not Angolan and she used fake documents just to qualify for the Miss Angola UK pageant last year. 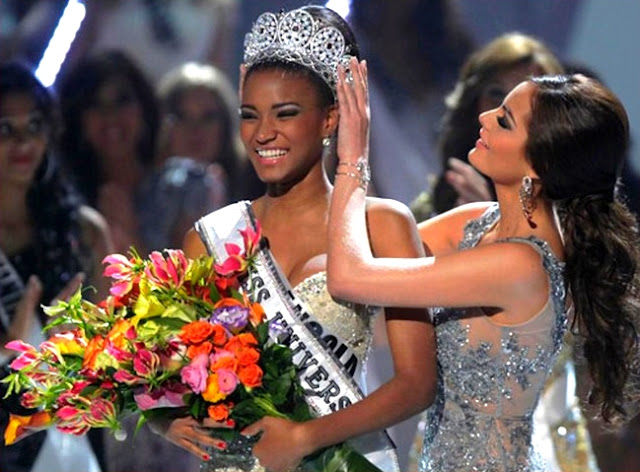 The controversy started when Argentine newspaper “Infobae” reported on Tuesday that Lopes submitted fake documents so she can join a qualifier for the Miss Angola UK pageant in October 2010.

The forgery was reportedly done by Charles Mukano, said to be a member of the contest's organizing team. The falsified documents purportedly stated that Lopes was a business administration student in the UK that time.

The reigning title holder denied the allegation in a statement saying she never heard of a Charles Mukano, adding that the national director who ran the Miss Angola pageant was Renato Guttler.

In a report by AOL Latino, Lopes said: “I honestly don’t know where they got that information. I gave Miss Universe all the required documentation. I’m legal. I have the documentation in my hands.”

She also responded to the allegation that she is not Angolan as both of her parents were from Cuba.

“I’m 100 percent Angolan, the last name Lopes comes from the fact that Angola was colonized by the Portuguese,” she insisted.

Critics say that Lopes is at risk of losing her crown. If the accusations are proven true, the black African beauty queen will be dethroned and first runner-up Olesia Stefanko of Ukraine will earn the title.