By Admin
September 08, 2011Beauty and FashionBeauty Pageantbeauty producteventsLea SalongaMiss Universe 2011Shamcey Supsup
Tony Award-winning singer and actress Lea Salonga, who was given recognition as Disney Legend earlier, was named one of the judges in the Miss Universe 2011 pageant to be held in Sao Paulo, Brazil on Monday, September 12th. 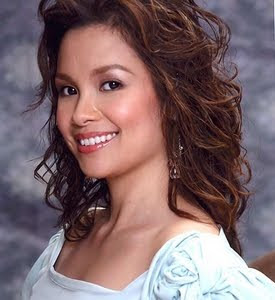 Reports on Wednesday said US network NBC, Donald Trump and Miss Universe Organization President Paula Shugart made the announcement in a press statement.

The Filipina singer will be joined by 6 others to judge the pageant; they are: Helios Castroneves, supermodel Isabeli Fontana, journalist Connie Chung, actresses Vivica Fox and Adrienne Maloof, and Miss Universe 2003 Amelia Vega.

Network executive Andy Cohen and news anchor Natalie Morales will be hosting the event. Joining them as presenters will be Jeannie Mai and Miss USA 2004 Shandi Finnessy.

Sergio Mendes featuring the Black Eyed Peas will perform the opening number. Other live performances include Claudia Leitte during the swimsuit competition and Bebel Gilberto in the evening gown competition.

The live coverage of the Miss Universe 2011 beauty pageant will be shown in the Philippines by ABS-CBN on Tuesday morning, September 13th.