Kindle Fire tablet unveiled, to be sold at $199

By Admin
September 29, 2011AmazonKindleKindle FireTablet PCtech news
Amazon has unveiled an all-new full color 7-inch multi-touch display, Wi-Fi tablet computer, the Kindle Fire. The company says Kindle Fire will be released on November 15, 2011 but pre-orders are already accepted. It will be sold at $199 which is significantly cheaper than the Apple iPad. 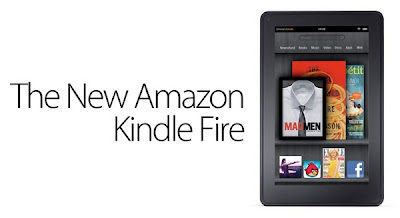 Features, specifications and price:
You may think its pretty cheap, but the price of $199 is without a contract. Also, there are a few letdowns. Several sources say there are no cameras, microSD slot, 3G and microphone!

Would you buy or pass?