Kim Chiu to work with Governor Vi in horror film

By Spicy Sugar
September 05, 2011buy high quality videodownload dvdEntertainmentfree video onlineKim ChiumoviesshowbizStar CinemaThe Healing MovieVilma Santos
The Primetime Princess is slated to do a horror movie with the Star for All Seasons. Do we expect a blockbuster? Without a doubt!

Kim Chiu will work with Batangas governor Vilma Santos in a film under Star Cinema, which has a working title “The Healing,” to be directed by Chito Roño. 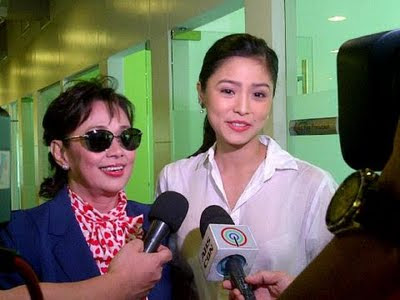 Sources say that the story will revolve around the Filipino's belief in the power of pagan/folk healers, babaylans (shamanic spiritual leaders), mambabarang (sorcerers) and witches.

Governor Vi in an interview said she finds the concept fresh and something that she has not done in the past.

“I find this something new. Unang una sa story, first time akong gagawa nito plus the fact na I will be doing a movie with Kim Chiu, definitely that is something very important. At this point in time, what is important is chemistry plus a good project, a good director,” the actress-politician said.

Kim Chiu, meanwhile, wasn't able to hide her excitement over the project.

“Masaya ako and excited ako. Something new din for me to do a horror movie under Star Cinema and to work with Governor Vilma Santos,” she said gladly.

According to reports, “The Healing” is set to be released early next year.