Jessica, who began her television and movie appearances at age 13 in “Camp Nowhere” and “The Secret World of Alex Mack” in 1994, said she doesn't see any reason why her kids need to work.

The actress reportedly said that as long as she can provide for them, she would let her kids enjoy their childhood.

“I just don't see the need to put a child in a situation where they're working with adults or being asked to work,” Alba told Yahoo News last month.

On the other hand, Jessica showed off her post-baby body as she strolled with her oldest daughter, Honor, over the weekend.

The Hollywood celebrity revealed on her Twitter account that she's on a healthy diet and is doing workout exercises gradually to keep herself fit. 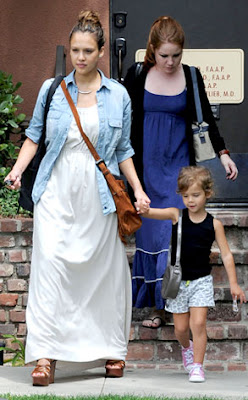