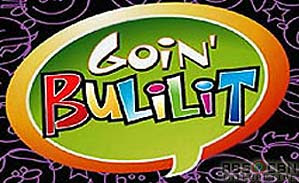 The cast members who have graduated from the show over the weekend were:
According to Sharlene, it was very hard for her to leave the show specially that other cast and crew members have become close friends.

The young actress, who revealed that it's Nash who is the closest among her friends in the show, cried during an “Up Close & Personal” interview and during the episode finale when the graduating cast sang Dan Seals' “One Friend.”

“Growing Up” stars Kathryn Bernardo, herself a 5th batch graduate of Goin Bulilit, and Julia Montes, from the 4th batch, guested during the graduation night. The latter's name during her stint in the show was Mara Schnittka.

Goin' Bulilit, a weekend sketch comedy show broadcast on and by ABS-CBN, was created by Edgar Mortiz, who co-directs with his son, Frasco Mortiz.