By Unknown
September 18, 2011basketballgames schedulesports
Just an update on the 2011 FIBA Asia Championship that's happening in Wuhan, China. So far, Smart Gilas Pilipinas has performed well in the first round, defeating the United Arab Emirates and Bahrain even with only 10 players going into the games. 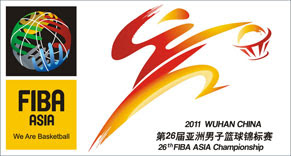 Chris Lutz and Marcio Lassiter was ruled ineligible to play by FIBA Asia due to citizenship issues, but reports say both can play in the upcoming games if they will be able to prove their citizenship. It's exciting to see what will happen in the next round once the squad is already complete.

In the second round, according to smartgilasbasketball.com, Group D qualifiers will go up against Group C qualifiers.

FIBA Asia 2011 games are telecast live on AKTIV on channel 13.