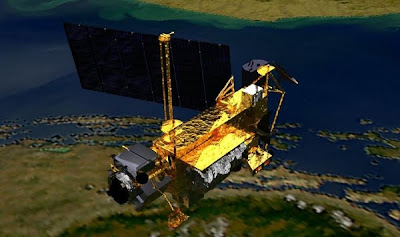 In its update number 15, NASA reported that “the Joint Space Operations Center at Vandenberg Air Force Base in California said the satellite penetrated the atmosphere over the Pacific Ocean.”

Take note, it's over the Pacific Ocean. NASA, however, added that “the precise re-entry time and location are not yet known with certainty.”

The space agency earlier said that although the spacecraft will break into pieces during re-entry, not all of it will burn up in the atmosphere. Only about 1,200 pounds or 544.32 kilograms of metal should survive, it said.

NASA has advised the public not to touch any piece of metal that might be part of the satellite and to contact proper authorities for assistance.

Based on web sources, the countries bordering the Pacific Ocean include Philippines, Japan, China, Korea, New Guinea, Australia, United States, Russia, and New Zealand among others.