The Metro Manila Traffic Navigator is the country’s first ever digitized traffic information system that lets motorists and commuters view the traffic situation around the Metro in real-time over the Internet. Conceived in line with President Aquino’s call for Public-Private Partnership (PPP) projects, the traffic navigator empowers people with information and technology and gives them an instant control — not just over traffic, but over their hours and lives.

The Traffic Navigator provides the public an instant overview of the traffic situation in the metropolis. People at home, in the office or on the road can check out the traffic along six major roads: EDSA, C5, Quezon Avenue, Espana, Roxas Boulevard and South Luzon Expressway (SLEx) via system view, line view or on Google Maps. The MMDA Metro Base updates the situation for no less than 67 intersections every 5 to 15 minutes.

Following the release of its public beta version last June 29, at least 6,000 drivers and commuters have been using the TV5-MMDA Traffic Navigator everyday.

Executed by the all-Filipino cutting-edge web design team, Stray Interactive, the Traffic Navigator’s information design is easy to understand and gives users access to the macro and detailed views of the traffic situation. Online users can also share the traffic situation via Twitter or Facebook with just a click of an icon.

Regardless of the operating system, the Traffic Navigator will run and is optimized for any PC-based or mobile browser. It will run on Wintel computers, Macs, Linux machines, iPhones, iPads, Android phones, Windows Mobile, Opera, and any web browser already installed on mobile gadgets.

Presented in a graphically logical and pleasing format, the Traffic Navigator represents the major roads similar to how subway routes are presented in New York, London and Tokyo; and reports the traffic situation in fast and very simple manner.

Moving forward, the Metro Manila Traffic Navigator will soon cater to other motorists’ concerns and will cover more roads in its monitoring. Other tools and features relevant to every Filipino on the road are already in the works. 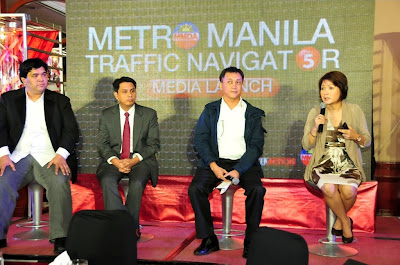 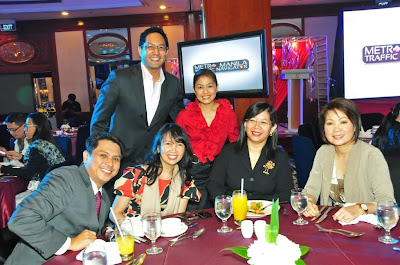